With support from Campana & Schott, INEOS Styrolution implemented the digital workplace and a modern Intranet solution worldwide, thereby improving communication, team work, knowledge sharing and productivity in the company. Comprehensive change management was key to the high acceptance rate for the new solutions.

INEOS Styrolution is the leading global provider of styrene plastics and specializes in styrene monomers, polystyrene, standard ABS and special plastics. With 20 production sites in ten countries, 3,600 employees and over 90 years of experience, INEOS Styrolution uses the best innovative and sustainable solutions to help its customers gain competitive advantages in their respective markets. The company offers styrene plastics for a multitude of every-day products from different industry sectors, e.g. automotive, electronics, household goods, construction, medicine and health, packaging and toys/sports/recreation.

The corporate communication department at INEOS Styrolution started to receive a growing number of employee complaints about the Intranet, its functions and the outdated collaboration platform SharePoint 2010. They complained that the solutions were not user-friendly, not up to date and not intuitive.

The IT department also felt that SharePoint 2010 should be shut down.

Solution: Digital workplace for all colleagues

One challenge was to integrate all employees in the respective locations - both office workers using PCs as well as firstline workers working at mobile or joint-use workstations.

A small project team was tasked with the global introduction of the new solutions for the digital workplace based on Microsoft Office 365. The team required internal multipliers, therefore it established a global Champions Community of almost one hundred colleagues with the help of Campana & Schott. They received on-line training, and regular Champions Calls were used to encourage them to increase the acceptance of the new tools at the start of the Digital Workplace project. This was also urgently needed since the new Intranet is also accompanied by additional Office 365 productivity tools such as Microsoft Teams, which were supposed to enable entirely new work methods.

During the implementation of the new Intranet, which is based on SharePoint Online and Yammer, the project team pursued an agile project approach consisting of sprints, daily stand-ups and weekly meetings. Campana & Schott was involved in some of the sprints. 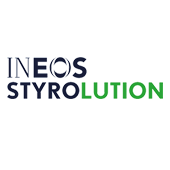 Campana & Schott greatly assisted us with the development and company-wide introduction of our digital workplace and the Social Intranet. The new Intranet presents an important step towards our digital future.
The change management process consisted of the following:

The experts from Campana & Schott not only supported the change management process but also the IT implementation with best practices, in addition to the Microsoft product standards. Georg Sigloch, IT Project Manager at INEOS Styrolution: “During the implementation of the project, Campana & Schott was very committed to the success of the project – the collaboration was very enjoyable.”

Comprehensive change management ensured that the digital workplace (including the new Intranet) became a resounding success. INEOS Styrolution reported very positive feedback and a high degree of acceptance and use by the workforce. There are already 220 Yammer groups with 2,722 users (as at 15 April 2020). Now, employees can complete their tasks much more efficiently and with greater flexibility. They have access to an optimized and intelligent search function, intuitive navigation and faster access to information and documents from any location and on any registered device. A secure mobile app package also increases the productivity of work processes on the road. Modern tools and services improve information sharing and collaboration between colleagues, partners and customers. In addition, a new button now translates Intranet contents into local languages. The automated translation tool has received very good reviews from users, with an average rating of 4 out of 5 possible points.

By providing first-class advisory services for change management – particularly the introduction of a Champions Community – Campana & Schott played an important role in ensuring that our new Social Intranet generates positive acceptance and excellent feedback across the company.

We use cookies to enable us to design the website optimally and continuously improve it (including for Google Analytics). You agree to their use through your continued use of the website. You can obtain further information on this, the use of your personal data and how you can raise an objection in the data privacy statement.