Together with Campana & Schott, SMA implemented an integrated security program based on Microsoft 365 security solutions for the entire platform of the digital workplace. Now, SMA can quickly detect and avert all risks while also consolidating the security systems.

International competition in the photovoltaic industry is very intense. It means that a company must be very efficient and flexible in order to be successful. To meet these requirements, SMA has introduced the digital workplace based on Microsoft 365 while also improving security measures. Once Cloud Readiness was guaranteed, the company subsequently optimized the security functions and applied them to the entire new system environment.

After all, SMA is vulnerable to increasingly varied threats, such as increased phishing and malware attacks. Moreover, there have also been attempts to compromise identities. While the current heterogeneous protective measures were able to avert major damages, they were not guaranteed to so in the future. There was also the upcoming requirement to extend a license for the existing solution for Endpoint Protection.

SMA wanted to benefit from the improved protection with a Zero-Trust concept, and also from lower costs through consolidation. At the same time, this would also ensure that increased requirements such as rapid reporting about current incidents as well as support for BYOD scenarios (Bring Your Own Device) could be met.

In the medium term, we are pursuing the higher-level IT strategy: 100 percent Cloud, Zero Data Center. On this basis, we worked with our long-time partner Campana & Schott to define and implement an integrated security strategy. It includes the introduction of the Microsoft 365 Defender platform as an integrated security solution to protect the Microsoft 365 platform as well as our clients and servers.

The security program was implemented between the fall of 2019 and the summer of 2020. A major milestone in this respect was the roll-out for the new Endpoint Protection on the basis of Defender for Endpoint until March 2020, so that the existing contract for the anti-virus solution did not have to be extended. The actual roll-out for all clients and servers was implemented in around four weeks on the basis of the corresponding preparation activities.

In addition, Campana & Schott and SMA designed and implemented a Zero Trust strategy for Microsoft 365 on the basis of Azure Conditional Access including multi-factor authentication and Azure AD Identity Protection. For optimal protection against phishing and other attacks by e-mail, the complete mail security was reviewed and brought up to the latest standard with Defender for Office 365.

The use of Microsoft Intune also made it possible to establish a modern version for the mobile device management of SMA’s own and BYOD devices. Now, SMA can distribute tailored applications and guidelines on the devices. 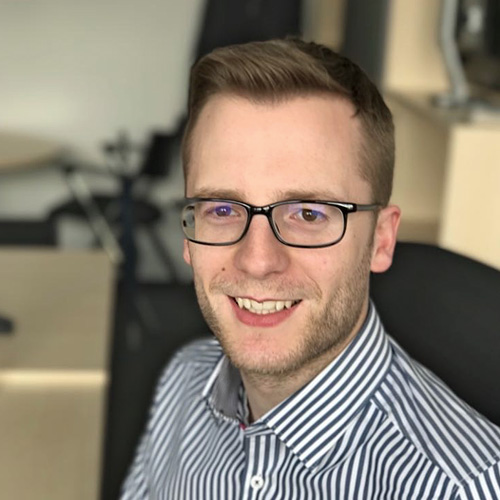 We now benefit from comprehensive protection that corresponds to the state of technology and that is able to grow with our requirements. Operations and on-going monitoring have become much simpler with the uniform platform. And now our IT and Security Team can focus on continuing to successfully protect our company against threats.
With the help of the Microsoft platform, Campana & Schott has met all requirements, including compliance, improved monitoring and minimized risks. We also created the basis for including Frontline Workers via their mobile devices. In this way, all of our employees will be able to securely benefit from the advantages offered by the digital workplace in the future.

The result: Comprehensive protection for all employees

SMA also uses Azure AD guest accounts to provide partners or suppliers with regulated and secure access to relevant SMA IT services. This significantly increases the efficiency and flexibility of collaboration. Moreover, with Password Hash Sync and the Self Service Password Reset option, the company was able to securely offer a service from the Cloud regardless of the location - something that previously led to increased questions for the ServiceDesk.

As a globally leading specialist for photovoltaic system technology, SMA Solar Technology AG creates the conditions for the decentralized and renewable energy supplies of tomorrow. SMA’s portfolio comprises a wide range of efficient solar inverters and integrated system solutions for photovoltaic facilities in all performance classes, intelligent energy management systems and battery solutions, as well as all-in-one solutions for PV-diesel-hybrid applications. Across the globe, SMA inverters with a total capacity of over 100GW are installed in more than 190 countries.